Cells single with two plastids – each placed toward the pole. Valves lanceolate, elliptic,rostrate or capitate. Striae of single or two rows of areolae in some species, interrupted by a lyrate hyaline area. Central raphe endings, expanded, and terminal fissures, hooked. The girdle band (valvocopula) is close to the valve with chambers (John, 2000).

Distribution:
Species of this genus are commonly observed in littoral zone; it is occasionally reported in plankton.

Sites of occurrence in RSA:
In Winter 2006 Cruise, it was present in small numbers at scattered stations (refer sites map). 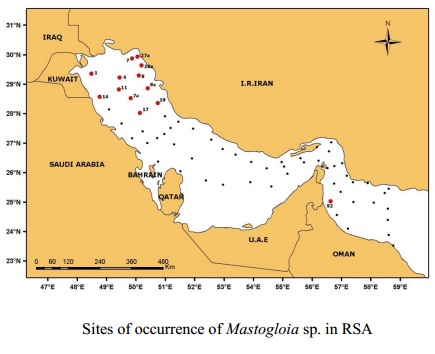