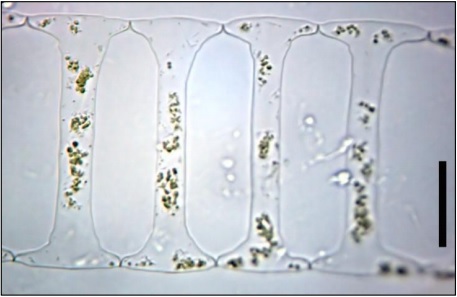 Distribution:
Oceanic species with distribution from the tropical to temperate latitudes of all oceans.

Sites of occurrence in RSA:
In Winter 2006 Cruise, this species was commonly observed at many sites (refer sites map),often in large numbers; maximum abundance (6.7*10^3cells/l) was associated with the central part of the inner RSA (St. 36). It has been previously reported from the inner RSA (Simonsen, 1974) and from Kuwaiti waters (Al-Kandari et al., 2009). 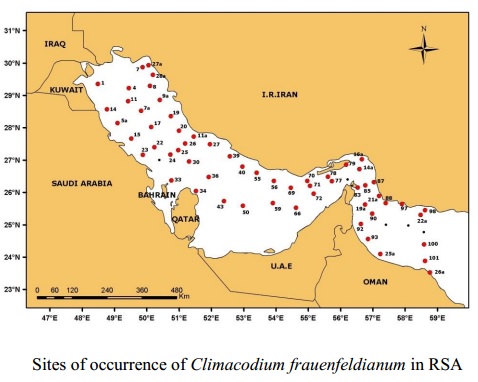