Sites of occurrence in RSA:
In Winter 2006 Cruise, this species was frequently observed at various sites (refer sites map),often in very large numbers. It was recorded as bloom-forming at some localities; blooms with cell concentration of more than 10^6 cells/l were associated with the Sea of Oman (Stations 88, 25a, and 92). It has been previously reported from the Indian Ocean (Simonsen, 1974) and from Kuwaiti waters of the inner RSA (Al-Yamani et al., 2004; Al-Kandari et al., 2009). 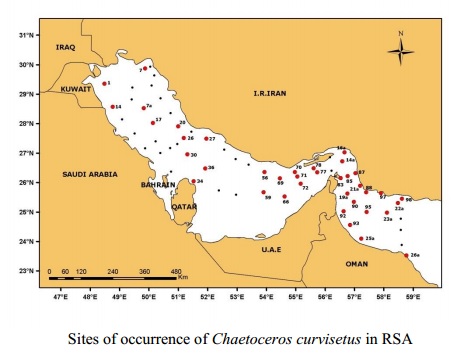