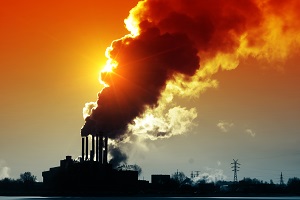 The world is locked into 1.5°C global warming, posing severe risks to lives and livelihoods around the world, according to a new climate report commissioned by the World Bank. The report, which called on a large body of scientific evidence, found that global warming of close to 1.5°C above pre-industrial times — up from 0.8°C today – is already locked into Earth's atmospheric system by past and predicted greenhouse gas emissions.

Such an increase could have potentially catastrophic consequences for mankind, causing the global sea level to rise more than 30 centimeters by 2100, droughts to become more severe and placing almost 90 percent of coral reefs at risk of extinction."A world even 1.5°C [warmer] will mean more severe droughts and global sea level rise, increasing the risk of damage from storm surges and crop loss and raising the cost of adaptation for millions of people," the report with multiple authors said. "These changes are already underway, with global temperatures 0.8 degrees Celsius above pre-industrial times, and the impact on food security, water supplies and livelihoods is just beginning." The World Bank called on scientists at the Potsdam Institute for Climate Impact Research and Climate Analytics and asked them to look at the likely impacts of present day (0.8°C), 2°C and 4°C warming on agricultural production, water resources, cities and ecosystems across the world. Their findings, collated in the Bank's third report on climate change published on Monday, specifically looked at the risks climate change poses to lives and livelihoods across Latin America and the Caribbean, Eastern Europe and Central Asia, and the Middle East and North Africa.